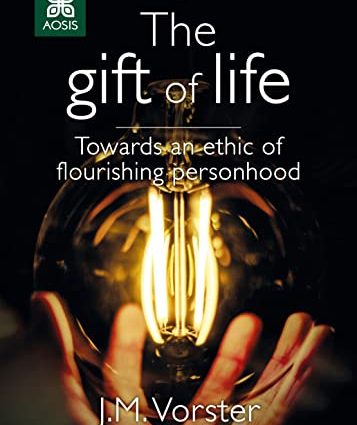 Simon Jooste reviews The Gift of Life. Part 3: What kind of reformation?

The tensions and inconsistencies that I have attempted to illustrate in this book review beg another question: What kind of reformation is The Gift of Life after? The answer Professor Vorster appears to provide is one of “flourishing personhood” that roots out of church and society the dehumanizing idols of racism, sexism, and homophobia that cut against the grain of human rights and human dignity. This transformation must be done with “the assistance of prophetic voices worldwide” (229).

The last sentence of the previous paragraph is perhaps the key to understanding the vision of Vorster’s book. Despite claiming to defend a distinctly Reformed paradigm, he is dependent upon progressive Lutheran voices such as Bonhoeffer.

When he does engage those sympathetic to the Reformed tradition, his choice of interlocutors is clearly on the neo-orthodox end of the spectrum, ranging from the late Karl Barth and David Bosch to the contemporary Michael Welker, Cornelius van der Kooi and John de Gruchy.

In other words, The Gift of Life sets forth an approach to human life that depends upon Christian traditions that have positioned the church and her members as world transformers after the order of the kingdom of heaven (1-3). This kind of public theology has found its way into confessional form in the likes of the Barmen Theological Declaration (1934), the Presbyterian Confession of 1967 and the Belhar Confession (1982). What is more, the churches that subscribe to these ecclesiastical documents are also those that have opened all offices to females as well as (or if not, are at least contemplating) to those identifying as LGBTQAI+.

Certainly, the Reformed have a thick history of a “Christ transforming culture” tradition. This was preceded by Constantinianism and Christendom. Alongside and checking this tradition has been Augustine-, Luther- and Calvin-informed paradigms of natural law and two kingdoms, which I believe is more in keeping with the catholic creeds and the Protestant confessions (cf. Belgic Confession 30; Westminster Confession 23).

Again, Vorster fails to adequately engage the “two kingdoms” half of this paradigm, even when distilling its resonances found in Abraham van de Beek’s approach or when engaging its foremost contemporary covenantal Reformed proponent, David VanDrunen (22, 30, 33). There is no recognition that the RCSA, her sister federations, and other conservative confessional bodies globally have all been critical of progressive mainline denominations for their public theology by using some kind two kingdoms argument. Like earlier iterations of theological liberalism, these leftward leaning communions have invariably mirrored the “social justice” agenda of broader popular culture by re-dressing it in biblical categories (cf. Machen 1923). Is not Vorster doing the same?

In short, the hermeneutic of “congruent theology” found in The Gift of Life seems incongruent with the biblical witness as summarized in the Reformed confessions on at least three fundamental fronts. First, it incorporates the public theology paradigm of neo-orthodoxy with its heterodox doctrine of Scripture. Second, it proposes a redemptive world-transforming vision for life that goes beyond the jurisdiction of the church and the cruciform sufficiency of the Word of God. Third, this vision makes strained use of texts like of Galatians 3:28 to (at best unconsciously) conform church and broader social life to the dictates of human rights discourse, whether in their liberal political, Marxist, or postmodern forms.

Read the full review on The Heidelblog.