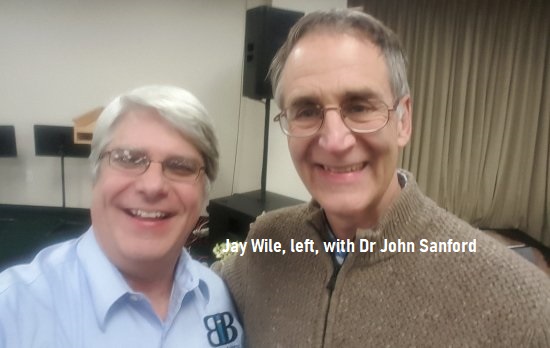 Dr. John Sanford is a brilliant geneticist. He has published more than 100 papers in the peer-reviewed literature and holds several dozen patents in genetics. Most notably, he was the primary inventor of the gene gun, which allows scientists to take genes from one species and insert them into another species so that they work. For 18 years, he was a professor of plant genetics at Cornell University.

When it comes to his worldview early in his career, he puts it rather clearly:

I was totally sold on evolution. It was my religion; it defined how I saw everything, it was my value system and my reason for being.

In his incredible book, Genetic Entropy and the Mystery of the Human Genome, he tells the reader some of what led him to change his mind. He defines the “Primary Axiom” as the belief that man is merely the product of random mutations plus natural selection. He then writes:

Late in my career, I did something which for a Cornell Professor would seem unthinkable. I began to question the Primary Axiom. I did this with great fear and trepidation. By doing this, I knew I would be at odds with the most “sacred cow” within modern academia … To my own amazement, I gradually realized that the seemingly “great and unassailable fortress” which has been built up around the Primary Axiom is really a house of cards. The Primary Axiom is actually an extremely vulnerable theory – in fact, it is essentially indefensible. Its apparent invincibility derives largely from bluster, smoke and mirrors.

Once he realized that the Primary Axiom is indefensible, he had to re-evaluate his entire worldview. He started off coming to the conclusion that there must be a Creator, and then he began submitting to Jesus. He left Cornell University specifically because the academic environment was hostile to Christian values, but he has not stopped using his scientific talents. Read the full story by Jay Wile.