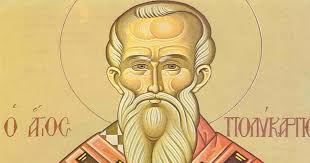 Polycarp: a model for ministry in the post-Christian West

One sometimes reads people who suggest that the Christian faith and gospel more or less disappeared after the apostles, only to be partially recovered in the Reformation and more fully recovered in the eighteenth and nineteenth centuries. The Epistle to the Philippians, which is thoroughly theological and Christ-focused, refutes any such theory. Written early in the second century, the epistle is a witness that the gospel was clearly and profoundly taught by faithful pastors.

Although Polycarp is connected by Irenaeus to the Apostle John, the epistle reads more like a Pauline epistle. He identified himself and began speaking to them of God’s grace from the outset. Contrast this epistle with 1 Clement, in which, although the gospel is clearly and briefly articulated,  one finds chapter after chapter of exhortation to humility and peace in the congregation. In 1.3 Polycarp alludes to 1 Peter 1:8 and then declares, “knowing that by grace you have been saved, not because of works, by by the will of God through Jesus Christ”. He may well have had Paul’s epistle to the Ephesians memorized, and the work is rich with quotations and allusions to the New Testament epistles of Peter and Paul (again, in contrast to 1 Clement).

He also boldly and clearly called the Philippian church to growth in sanctification and obedience as a consequence of God’s grace to us sinners in Christ. Read the full article by R. Scott Clark.