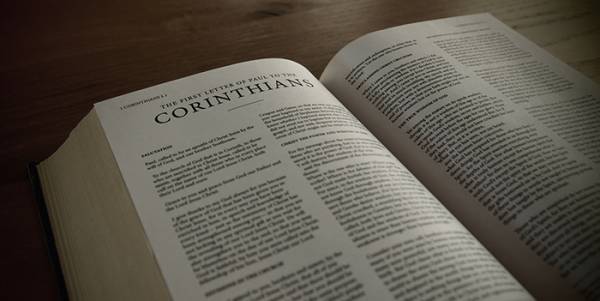 Was there a more un-sanctified and immature congregation of which we have an apostolic record than the Corinthian congregation? From a reading of Paul’s two canonical letters to them, they were beset by power struggles and schisms within, tolerant of gross immorality, besotted with flowery rhetoric, and unimpressed by the very gospel message itself, among other things.

Post-canonical church history confirms that the Corinthian church was a mess. One of the earliest post-canonical writings we have is a lengthy letter known to us as 1 Clement. We do not know who actually wrote it or exactly when it was written (probably in the late AD 90s or very early 100s), but it was written to address some of the very same issues that Paul had addressed four or five decades prior. Then, perhaps five decades after that letter, we have the oldest post-canonical Christian sermon aimed at the Corinthians (2 Clement, c. AD 150).

The Corinthian congregation was one of those congregations about which pastors say (among themselves or perhaps to themselves), “I probably would not have take that call.” It must have required a very strong sense of an internal vocation to agree to try to shepherd them. Every classis or presbytery has one or two of such congregations where, for whatever reason, there are always problems and the people (and sometimes the leadership) just do not seem to mature.

No one who reads either of the canonical letters to the Corinthians or the post-canonical letter and sermon to them could doubt that the Corinthian Christians lacked sanctification. What should interest us more, however, is how Paul addressed it. He knew that they lacked sanctity. Did he respond by telling them to be more sanctified? Did he preach to them about the necessity of obedience? Did he leave them with the impression that they were under a covenant of works and that they had better perform or else?