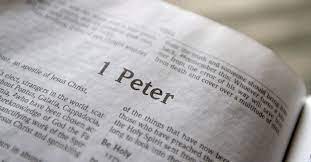 First-century advice for a post-Christian world

Every Christian should be reading First Peter right now. Of course, all of Scripture is always relevant is profitable. But Peter’s words are powerfully applicable to us today. Why is that?

Peter writes to instruct God-fearing saints in how they should conduct themselves in a godless society, as citizens living in a “pre-Christian” culture. That is, in just a century or two the influence of Christianity will sweep over the known world. But at the time of Peter’s writing, Christianity was still the minority report among the nations. Christians were strange and bizarre—their behaviour even threatened many cultural elites. Since Christian ethics were not the norm, Peter’s exhortations to stick to these ethics was particularly important. Interestingly, the pendulum of history has swung. Today, we are in a situation eerily similar to that of Peter’s initial audience: not in a pre-Christian society, but rather a post-Christian society. A pre-Christian world and a post-Christian world look a lot alike. So, let’s pay attention, taking for our consideration now the instruction in 2:11-12:

“Beloved, I urge you as sojourners and exiles to abstain from the passions of the flesh, which wage war against your soul. Keep your conduct among the Gentiles honorable, so that when they speak against you as evildoers, they may see your good deeds and glorify God on the day of visitation.”

Peter says the believer is one who is a sojourner in this world. This is the predominant reason that we are to “abstain from the passions of the flesh”. Sin belongs to this world, but we don’t. A temporary resident is not likely to adopt the customs of the land that is not their homeland, so too we must not join in the customs of sin. This is Peter’s great pastoral concern: he urges his readers. He doesn’t dictate or demand. But he encourages them. Read the full article by Jonathan Landry Cruse.