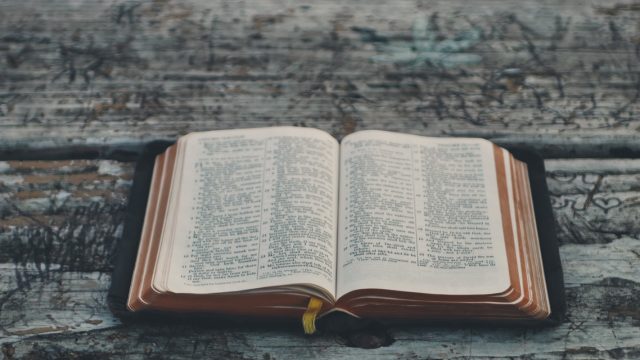 Does inerrancy apply only to the Hebrew, Aramaic and Greek texts of Scripture?

The final authority for Christian doctrine and the Christian life is, as the Westminster Divines wrote, the Word of God in the original languages.

Textual criticism is the business of deciding, when there is a question, what the original text was, i.e., which is the most likely reading or text in a particular instance.

Biblical scholars have always practised textual criticism. The ancient fathers did it, the Renaissance scholars advanced the practice, as did the Protestant Reformers.

The questions grew, however, in the late nineteenth century when scholars found a large cache of ancient texts in Egypt. It is important to note, however, that none of the various readings substantially changes Biblical teaching. Many of them, particularly in the New Testament, are obvious later emendations by copyists who were seeking to clarify something that they found troubling. Others were marginal notes that came to be copied into the body of the text.

We have a marvellous treasury of ancient texts of the Scriptures, and the Christian may have a high degree of confidence that within those texts we have the autographs, i.e., the text of Scripture as given by the Spirit through the Prophets and Apostles.

For centuries before the Renaissance and Reformation, most the ministers in the Western church lost the ability to read the Scriptures in the original languages. Indeed, to find an illiterate priest (one who could not read at all) was not unknown. In the Greek church, of course, they could at least read the New Testament, but it was not until the Renaissance that the knowledge of Hebrew and Greek began to return more widely and to be taught again in the universities, where pastors were educated.

The Reformed churches understood and appreciated the value of the knowledge of the original languages and expected the pastors to learn and use them.

For those who are following in the footsteps of the Renaissance and Reformation tradition of reading Scripture in the original languages (and not merely relying on computer programs), it is not only possible to read the Scriptures but it is necessary. It is also necessary to check the accuracy of various English translations.

So, when a group of translators seeks to bring into a receptor language (e.g., English, French, German) the original, should we regard the translation as inerrant?

Obviously, translations vary in their quality, in their methods, and in their accuracy, but we are blessed to have a wealth of faithful, accurate, translations.

We should distinguish between the act of translation and the inspiration of Scripture. No translators, not even those who translated the Hebrew and Aramaic Scriptures into Greek (the LXX), were inspired. Jerome and the others who made Latin translations were not inspired and neither were those who did the King James version or the NIV and ESV translations. They did not see themselves as inspired in their work of translation. The Scriptures were inspired as they were given through the prophets and apostles.

We regard translations as the inspired Word of God insofar as they reflect the original accurately.

There are disagreements between translators on two fronts: translation philosophy and particular cases. Not every disagreement among translations, however, means that there is an error.

Translating a text from one language to another is challenging, and there are unavoidable ambiguities. Martin Luther, who knew something about this business, wrote a letter about it in 1530. There might be two or three ways to say the same thing. So the NIV followed one translation philosophy and the ESV another. Over the years, I have come to prefer something like the approach followed by the ESV, but no translation is perfect. They are all subject to revision. Nevertheless, lay readers of Scripture should have confidence in God’s Word in the original languages and in the several faithful translations that we are blessed to have.

One of the great breakthroughs of the Reformation was the principle that God’s people have a right to and interest in God’s Word in their own language. Luther made a German translation, Tyndale made an English translation, and Robert Olivétan made a French translation. They followed various approaches, but each of these was a faithful translation of God’s inerrant Word. Read the full article by R. Scott Clark.