Like any church, the Reformed Churches in South Africa (RCSA) have a statement concerning the system of truth we believe the Bible teaches. The RCSA believes that a faithful summation of what is taught in Scripture can be found in the Ecumenical Creeds of the early church and the Three Forms of Unity from the sixteenth and seventeenth centuries.

Our vision for Reformed Church Southern Suburbs (RCSS) is for an English-medium Reformed ministry that attracts unchurched and under-churched people from diverse ethnic, racial and generational backgrounds. In keeping with the best of the Reformed tradition, we strive to be a church that functions in accordance with God’s Word. This means being a church where:

Would you like to know more about such a church? We would love to answer your questions and help you to learn more from God’s Word. Click here to read more about the distinctives of the Reformed tradition.

From April 2012, Simon Jooste ran a Bible study from his home with the aim of generating interest in a potential English-speaking Reformed church plant in the southern suburbs of Cape Town. This initiative was under the supervision of the Bellville Reformed Church, which is a member of the Gereformeerde Kerke in Suid-Afrika (Reformed Churches in South Africa).

In January 2013, we held our first worship service, which starts at 9.30am each Sunday and meets at the 2nd Rondebosch Scout Hall in Lea Road. We added an evening service in February 2014. For various reasons, the second service has been moved to 11am. 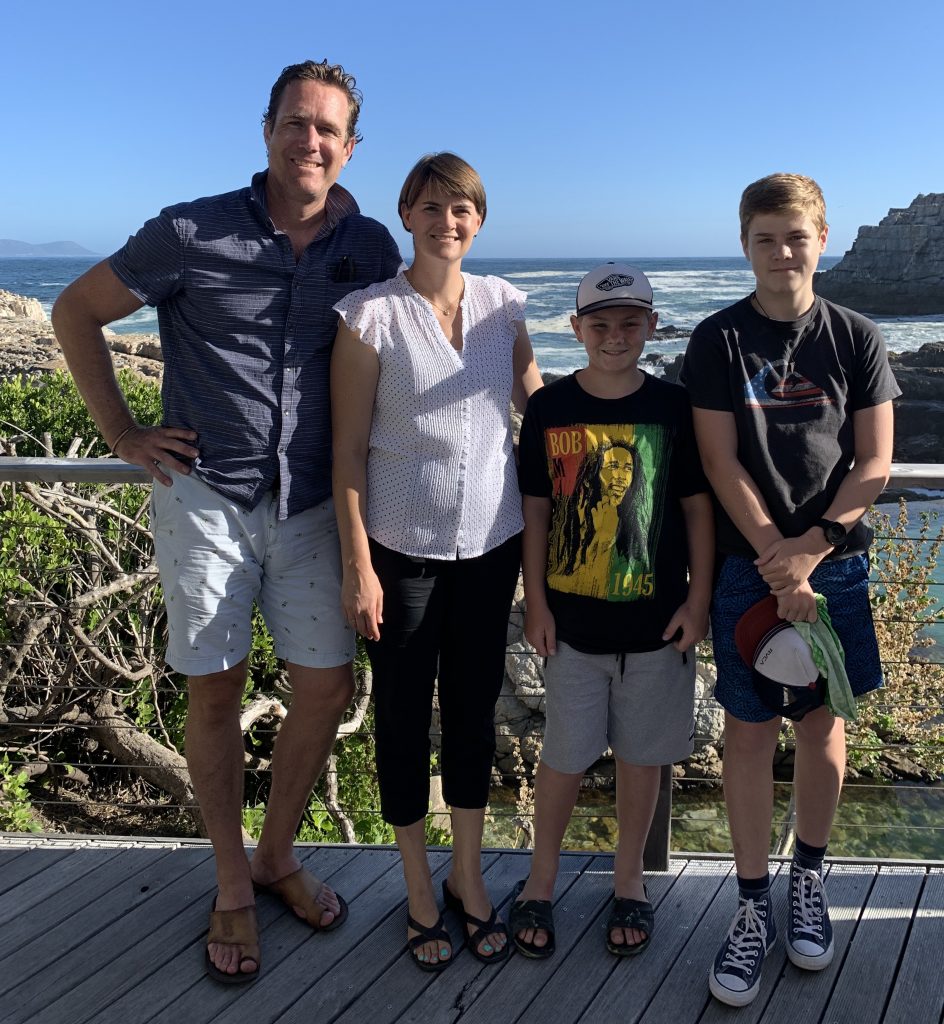 Simon is a native of Cape Town. He has been married to Deana for more than 10 years and has two boys, Andrew (14) and Adam (11). Simon lived in the United States for 15 years after receiving a full tennis scholarship to study and compete at the University of Nevada, Reno. He returned to South Africa with his family in August 2010. While living overseas, Simon received his theological education from Westminster Seminary, CA, and practised for a number of years as the equivalent of a chartered accountant. Simon has a PhD in historical theology (his thesis can be read here) from Stellenbosch University. He enjoys spending time with his family, relishes the outdoors and keeps his creative juices flowing with art.

Comments are closed, but trackbacks and pingbacks are open.